KFC brings eastern and western flavors in the Philippines

Like last year, the KFC East Meets West Fully Loaded Shootout treated the fans to a unique basketball experience as they got the chance to meet and play with their basketball idols from the PBA and the NBA.

Fans competed in a 3-on-3 Basketball Shootout while Norwood and Noel both competed in the Captain’s Shootout. Acer Philippines also gave away special prizes to the winning teams.

Which team were you rooting for during the KFC East Meets West Fully Loaded Shootout? Gabe Norwood’s Team East or Nerlens Noel’s Team West? Give us a shout out at @KFCPhilippines on Instagram, Facebook and Twitter using the hashtag #KFCEastMeetsWest. 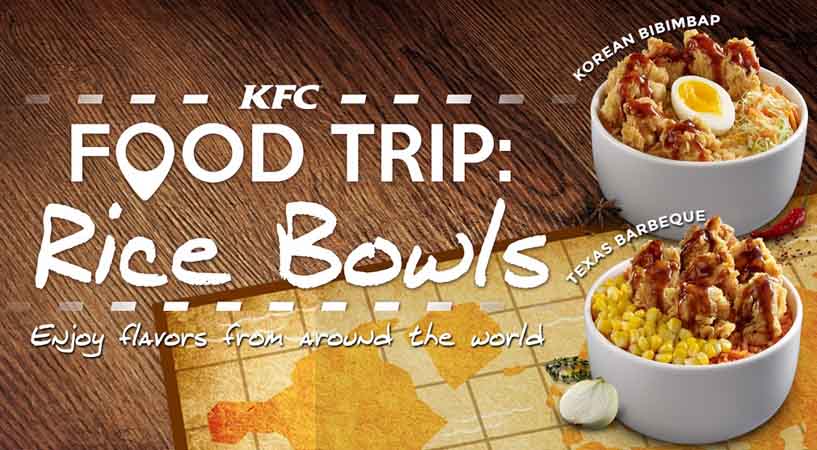 If you like your chicken smoky and sweet, then the KFC Texas Barbecue Rice Bowl is for you! KFC Fun Shots glazed in savory barbecue sauce, this Texas-inspired favorite comes with spiced rice and sweet corn that are prefect complements to any southern dish. But if you prefer something more spicy and savory, then you should try the KFC Korean Bibimbap Rice Bowl! It is a perfect mix of KFC Hot Shots, flavorful kimchi rice, fresh cabbage and carrots with egg in special Korean sauce.

The KFC Texas Barbecue and KFC Korean Bibimbap Rice Bowls are available for a limited time only so head on up to your favorite KFC branch or call KFC delivery at 887-8888 now.